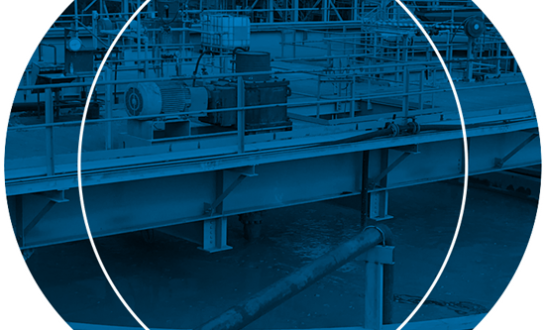 Cheryl: I am the Marketing Coordinator for Sepro Systems in Langley, BC, Canada, and today I’m happy to be speaking with my colleague Edward Tan. He is the Senior Technical Sales Engineer for Sepro Mixing & Pumping Division.

Edward was educated at the University of British Columbia and received a degree in Chemical & Biological Engineering in 2011. Edward has worked with Sepro for 6 years and works closely with our engineering and sales teams overseeing projects from the design phase to delivery and then, finally, commissioning. Thank you for speaking with me today Edward.

Cheryl: And just as an aside, Edward and I were actually office roommates for several years. And it was awesome, it was great. And for some reason, we were separated, and it could be because we talked and had too much fun together, but when I found out that I was going to be interviewing you for today’s topic, I was excited because I got to work with you again. So yeah, this is going to be great!

And today we’re going to be talking about a product from your division called the Sepro Chemical Dosing Skid System. And I was wondering if you could start us off with a bit of a technical overview of that product and some of the compelling characteristics and features of it.

Edward: Sure. So, let’s start off with the Sepro Chemical Dosing Skid System. It is a custom-designed injection unit that accurately feeds liquid chemicals from a tank to an injection point in the process. It features a calibration column that allows the users to accurately determine the amount of liquid being pumped in at a set speed and can adjust if necessary. We also build the skid system to be completely safe to prevent any damages to the system caused by incorrect operation such as closing the wrong valve.

Each skid system is tailor-made to be compatible with the liquid that is being pumped. We have different options that we can choose from, ranging from stainless steel to plastics such as PVC and CPVC. We also offer a duty & standby configuration for the customers that require continuous operation.

Cheryl: Tell me why Sepro Pumps are particularly ideal for these types of Skid Systems and also, you know, what are the typical applications for this product and user?

Similar to the more common lab-scale peristaltic pumps, the Sepro peristaltic pump precisely moves a consistent amount of volume per revolution. It also has a wide range of operation, typically going to as low as 20% of its maximum speed. The consistent volume and wide operating flow range of the pump makes it ideal for the metering applications.

Cheryl: Okay, great. So, does this product have the ability to be automated? Is there an automation option for it?

Edward: Yes, we do, and Sepro has a big capability of doing automation ranging from, you know, simple wiring to connecting to a DCS. So we do offer automation to suit the client’s needs. The most common and simplest automation I can think of would be adding the VFD to these skids. This will just allow the client to easily adjust and calibrate the flow just by pushing some buttons.

Cheryl: Okay. So then, moving on, does the Chemical Dosing Skid System have the functionality of being retrofit into existing operations? Is it customizable? Is it modular in nature? Is there anything else we need to know in this kind of area?

Edward: Yes, they are actually quite easily added into any system. They are self-contained systems so all you would need is actually pipe into them and pipe out to the injection point. Our chemical dosing skids are also designed with a passthrough option that allows the users to connect multiple skids together in series while each one of them working independently.

Cheryl: Great, okay. So, moving on to our last main question, do you have an example of a current customer that has this equipment installed and in operation? Could you tell us a little bit more about that?

Edward: Sure. The chemical dosing skids systems are seen everywhere in the industry, you know, ranging from oil and gas, chemical production, and mining. Just for example, we’ve recently supplied multiple dosing skids to a mine, and they are being used in their flotation circuit. So, in a flotation circuit, adding the right amount of chemical is very important as it has a big impact on its performance. Too much or too few chemicals can produce poor frothing and separation in the system. It will be very poor.

There are also other applications too where reducing wastage and saving money is the goal. So anyone who is looking into reducing wastage of any expensive chemical should definitely consider a chemical dosing system.

Cheryl: Okay. Well, if someone is interested in this product and wanting to talk to you about it, how do they get ahold of you? What are the next steps?

Edward: Best route would be to just make sure to have the basic information like what chemical you’re applying to pump and then the flow, and then give us a call. You can find the details out through the website, or if not, you can just feel free to email me.

Cheryl: Well, I appreciate your time today, thank you so much for meeting with me, and hopefully, we’ll speak again soon on a new topic.

Edward: Thank you, it was great to talk to you, Cheryl.