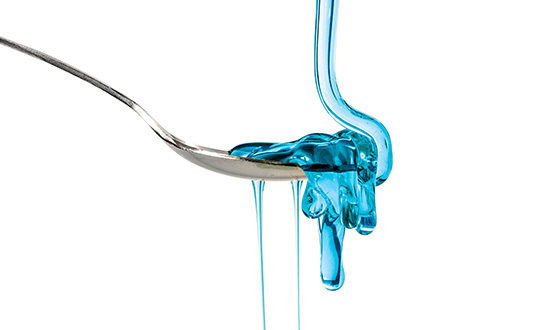 Viscosity plays a significant role in creating an optimal mixing system. By switching up the agitator impeller design, size and shape of the mixing vessel, and mixing speed, we can create precise mixing solutions, no matter what kind of viscosities are involved. In this installment of Mixing Basics, we’re breaking down viscosity, an often misunderstood piece of the mixing puzzle.

Many of our customers don’t have a good handle on how viscosity affects their mixing application. They incorrectly believe that by increasing the speed of their mixer agitator, they will achieve better results. While this may work for your morning smoothie, it won’t work for an industrial mixer agitator, especially when different viscosities are involved. So how can you achieve the best mixing results? To start, you’ll need a quick lesson in fluid dynamics.

What exactly is viscosity?

Defining viscosity, as with defining any scientific term, is complex. Viscosity is the mathematical ratio of the tangential frictional force per unit area to the velocity gradient perpendicular to the direction of flow of a liquid. Essentially, viscosity describes a fluid’s resistance to deformation or the “thickness” of a fluid.

Liquids like honey, molasses, and syrup have high viscosities. They are thick and flow quite slowly. There are also some fluids with viscosities so high they resemble solids.

Water, acetone, and methanol are examples of liquids with low viscosities. They are thin and flow very fast. Liquids with a viscosity of zero are called “superfluids.” When stirred, they will rotate indefinitely.

How is viscosity measured?

Viscosity is measured with either a viscometer or rheometer. A rheometer is necessary to measure non-Newtonian fluids. These fluids change their viscosity depending on the stress or force applied to them. Ketchup is an example of a non-Newtonian fluid: its viscosity lowers after you give the bottle a good shake!

The viscosity of a fluid is also greatly affected by temperature change. Heat a thick syrup, and it will become less viscous. This is why it’s important to let lubricants warm-up before industrial equipment is put into operation.

How does viscosity affect mixing?

As stated above, blend time and speed, agitator impeller selection, and mixing vessel characteristics can all be altered to achieve your desired mixing results.

For low viscosity blending, material densities, shear characteristics, and blend time are the most important factors in agitator impeller design and selection. Selecting the right agitator impeller is crucial for mixing efficiency.

A low-shear impeller ensures that all contents of the container are mixed adequately. If a high-shear impeller is used for highly viscous blending, the fluids around the impeller will behave much differently than the fluids in the outer areas of the mixing tank. This may result in an inferior final product.

As viscosity increases, the drag on tank walls and other internal elements (like baffles) increase. Highly viscous fluids may not need baffles to achieve the desired flow characteristics. Fluids with low viscosity may benefit from the extra agitation provided by baffles.

Ultimately, the design of a mixing system must demonstrate close attention not only to the initial viscosity of the fluids but also to changes in viscosity based on temperature and shear rates. (Quote Format)

What are some of the most common mixing problems with respect to viscosity?

Using too many baffles in the tank can hinder the mixing process. Highly viscous fluids are naturally baffling because of their resistance to flow so baffles that are too large or numerous cause low or no flow at the tank walls.

Using an impeller that’s too small! Impellers that are too small don’t create enough flow near the tank walls. Having knowledge of agitator impeller design is critical when creating the perfect mixing system for viscous materials.

At Sepro Mixing & Pumping, our extensive knowledge of fluid dynamics allows us to create agitator impeller designs for optimal mixing results. Whether you’re mixing fluids with high or low viscosities, and Newtonian or non-Newtonian properties, we’ve got you covered. Contact us today to see if we have an agitator impeller design and mixing system for your industrial process.